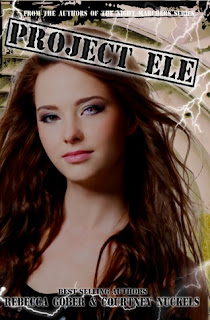 Summary (from Goodreads):
Millions have already died, and thousands more are perishing daily. As a last ditch effort to preserve the human race, the government implements Project ELE. With the earth heating at rapid speeds, all remaining survivors are forced to turn to F.E.M.A. shelters to wait out ELE's wrath.

Fifteen-year-old Willow Mosby's life, as she knows it, ends the moment she walks through the shelter's door. Willow has to quickly adapt to the new challenges that shelter life demands, the least of which includes making new friends and working a full time job.

Soon after making an interesting discovery, Willow and her friends start exhibiting strange abilities. Seeking answers, they embark on a mission to find out what these new abilities mean and whether they are a gift or a curse.

This new adventure can send her world crashing down around her. The question is: Can Willow survive the fall?

My thoughts:
I struggled with the rating on this one, because while the story was very good, at times the writing wasn't. I finally decided on a 4- instead of a 3+, in order to give the plot its due credit.

This story started out with all the interesting facts about the imminent extinction of the human race, and the race to get into one of the shelters. It grabbed me from the first chapter, and the excitement continued (mostly) all the way through to the end.

I liked Willow and her friends. I also liked that who I thought was going to be the love interest, wasn't. You kind of know who the bad guys are from the start (though I was pleasantly surprised at one turn of events in the end), so there's no mystery there. You have betrayals, you have romance, you have a couple of twists and bam! It's a day of fun in the reading park.

The concept was interesting, and I enjoyed reading about patches on the ozone layer, and what ELE ultimately stands for. I thought these were creative aspects to the story.

What bothered me is that at times the level of writing seemed a little immature, and some of the dialogue bordered on kinda corny. Some times I was gripped, other times I was rolling my eyes. I also was bothered by numerous grammatical errors (such as using peak instead of peek, not once, but over and over), and there was a severe case of comma-itus especially towards the end where commas don't exist and the sentences were kind of running on do you see what I mean? There is a note on the Goodreads page that after reading reviews, that they've corrected all the errors they could find. Could be that I have an earlier version of the book (I *have* had it for awhile!) so these errors could be corrected. Not sure if maturity level of the writing has been aged or not.

With that being said, I read this book straight through on a Saturday, and really quite enjoyed it. Had a good cliff-hanger that has me wanting to continue reading the series to find out what those dastardly SOBs are up to!
Posted by Unknown at 8:58 AM