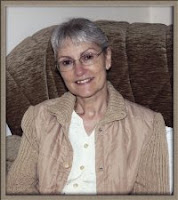 Writing has always been a passion for me. I started with short stories, poems and haikus and finally found myself writing a novel. It was exciting to see it grow and take shape. I had no idea where the story would take me. I just found my starting point and followed the muse. The research was fascinating, time consuming but absorbing. Once I reached those magical words 'The End', I was overjoyed. Then the real work of editing and rewriting began. Once I'd finished my first novel, I was keen to write another. My novels do not follow the same genre but do deal with the intricacies of relationships - what makes them go wrong and what, if anything, can save them from destruction. I hope my readers will enjoy the results.
Catherine's latest work is Sari Caste.

A courageous voyage through destitution, intrigue and murder.  Manasa is abandoned by the man she should marry. He marries her sister instead. Meanwhile Manasa finds herself pregnant with his child. She flees her Bengali village wondering where to go. Eventually, she finds herself wandering the streets of Calcutta. Without money or food, life is a daily struggle. Finally, she is taken on by a brothel. She is desperately unhappy until she meets a different sort of man. This man she marries in secret and together they plan her escape from the brothel. Murder, corruption, and intrigue threaten to swallow up the new life they attempt to establish in the beautiful hill country of Darjeeling.