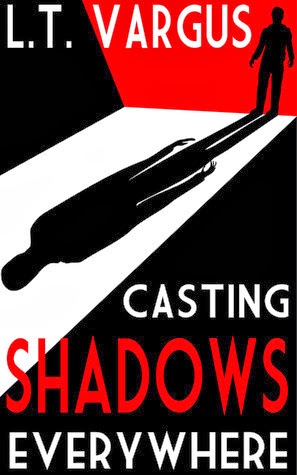 Summary:
In his own words, 15 year old Jake is a “huge pussy.” He flinches. Always. He's too timid to make a move on Beth, the buxom girl of his dreams, and too busy getting face-slammed into lockers by bullies to do much else. He seeks the guidance of the biggest badass he knows, his cousin Nick.

Nick is a professional burglar and makes Jake his apprentice. They stalk suburban neighborhoods night after night, ransacking houses for jewelry and sweet valuables. Nick teaches Jake the finer points of breaking and entering along with his dark philosophy - that there is no right or wrong in the world, just a series of events that happen without meaning.

At first, adopting Nick's callous worldview helps Jake get over his fears and confront his tormentors, but he also unleashes an aggression in himself he never thought possible. And as he learns more about his cousin, he realizes that Nick's crimes go way beyond burglary.

In the end, Jake must face not only the monster in his cousin but also the one in his own heart.

My Thoughts:
Holy cow, this book was not what I was expecting. So first,don't judge this book by its cover. This book was awesome!

The voice in this book was so strong, so realistic, and so like a 15 year-old boy, that I assumed the author was male. She's not. It was amazing, and I was completely caught up in Jake's story. It's written like a journal, so you have a lot of Jake's internalization about his life and what he's feeling and thinking, but it's also written as though he's currently experiencing these events. You can't help but like and feel for Jake, and when he starts going down that dark path, you're screaming in your head, "What are you doing, Jake? Don't do it, Jake!"

I swear the kid has ADD. It's totally funny how his thoughts get distracted when he's writing in his journal.

Nick is a contradiction. You think he has Jake's best interest at heart, but towards the end you realize that Nick is not what he seems. He's a low-brow charmer, and it's easy to see how he can manipulate Jake into believing his dark philosophy. Even as a reader reading how Nick views the world, it's so close to the truth that you think he's onto something profound, until he tips over the edge into unrealistic assumptions and thoughts.

The twist toward the end had my eyes bugging and my mouth dropping open. I almost couldn't believe what I was reading and totally wasn't expecting the book to end the way it did. I loved the way the story veered sharply off the road and took me somewhere I wasn't planning on going.

There's a bit of violence, so if that's not your thing, you might not like it quite as much as I did. But if you can handle it, this is a must-read for young adult contemporary suspense. I've already recommended it to both my kids, and that's saying something.
Posted by Unknown at 10:28 AM