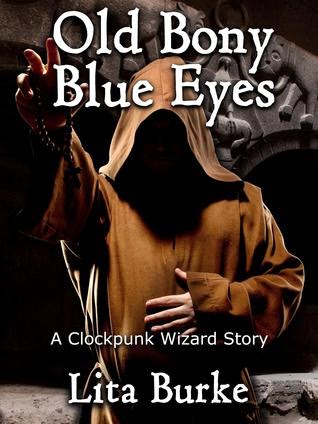 Summary:
Wizard Kadmeion’s magician-for-hire business has improved, plus the harpies and certain fey-folk flourish under his magical care. All is well until a dragon named Lady Betrayal summons him.

Kadmeion owes the dragon a favor. He agrees to fetch the book Dragon Lore and cast its spells for Betrayal. Career-enhancing magic fills the book. If Kadmeion acquires it, then his reputation will bring wealthier customers.

Dragon Lore has a deadly guardian. To help their quest, Kadmeion, Bright, and Furgo first enlist the help of Luck, who they discover is no lady. Then they must convince the bickering egos of War to give them a weapon. The last task is visiting Death’s library, where a wizard may check out the Dragon Lore and keep it until the end of his days.

The problem with visiting Death’s island is coming back alive.

A wizard may roll dice with Sir Death for a safe return passage or fight his way out. Even with Luck and War helping, Kadmeion might not succeed. Despite their cleverness, Death’s blue eyes might be the last thing the wizard and his friends ever see.

My Thoughts:
This was an extremely well-written work of fantasy clockpunk. This is actually the first time I've dipped my toe in this genre, so I wasn't sure what to expect. I liked it! It helped that this was so well-written and very polished.

So we have Kadmeion, who is a wizard. Bright is half elf, and Furgo is a shifter. The characters are all well-drawn. While Kadmeion was a little dry and humor-less, this is a trait that is fairly common among wizards, and a trait that Kadmeion acknowledges and desires to remedy. Bright, though a little less dry, was not as colorful as I'd like to have seen to offset Kadmeion's conservative nature. Furgo was a more animated character.

And the fey? Great! I would have liked to have seen more of them, because they were a lively little bunch of characters that added sparkle to the story. And I could totally picture the dragon, Lady Betrayal. Very colorful descriptions there, and throughout the whole story. Everything was easily pictured in my head as I read.

The plot moved forward, and the world-building creative and vivid. The visiting with the various sorcerers and wizards was intriguing, and I liked watching the interactions between Kadmeion and Bright with these other characters. You really never knew which direction these visits would take. My favorite part of the book was the visit to Sir Death.

I didn't understand how some of the clockwork and demons and the automation work. I'm not sure if this is something you inherently should know regarding this genre, but I wish it had been explained a bit so I could understand.

If you haven't tried fantasy clockpunk, this would be a good book to start with!

Disclosure: I received a free copy of this book for an honest review.
Posted by Unknown at 10:22 PM