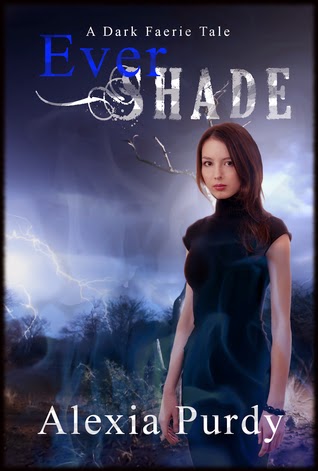 Summary:
For Shade, a chance meeting with a powerful Teleen faery warrior who wields electrical currents and blue fires along his skin, has her joining him on a treacherous mission for the good Seelie Faerie Court across the land of Faerie. Magic and malice abound and nothing is what it really seems to be. The evil Unseelie Queen and her treacherous allies are around every corner as Shade makes her way across the breathtaking landscapes of the world of Faerie, which exists alongside the mundane human world.

Shade discovers her own uncharted magic and meets some of the most powerful warriors in Faerie while battling evil dryads, conniving Teleen guards and challenges on her life with every step in a world where nothing can be taken for granted.

My Thoughts:
Okay, there are some things I really liked about this book, and some things I didn't like so much. Eventually, the good out-ranked the bad, which made this an enjoyable read that toward the end, I discovered that I was looking forward to picking it up again to see how it all turned out. Good thing, yes? Yes.

So, I'm liking the faeries here. Faeries interest me because they seem so sweet and beautiful but they have these dark sides. Or, many of them do, not all. What I especially like about this ensemble cast is that as I was reading, I was never really sure if everyone was as good as they seemed. While in the end it appears to be the case, I think there's room in future books to prove me wrong. And maybe I'm just suspicious by nature. Maybe I was a little disappointed to *not* find evil in the midst of this adventure. :)

I thought the plot moved fairly well, though the ending came a little quick. The world-building was pretty good, too. I could easily picture everything through the descriptive writing.

I love the name Shade. However, I found her crying annoying at the end. I wanted to yell, "Buck up and got on with it already!" I liked who she was paired up with, because to be honest, it was *not* who I was expecting. I like being proved wrong when I'm reading. I like saying, "Huh, didn't see that one coming."

The dialogue throughout was not convincing. To be honest, I thought much of it sounded a little childish, especially with faeries who are centuries old, to me their speech should be distinct and elegant and wise, but it fell very short of that. Jack, one of faery warriors, is probably the most believable as far as dialogue. He was pretty well drawn.

All in all, despite some of the setbacks (this could really use a good editing scrub), I found myself eager to find out what was going to happen in the end, so the book did pick up in the home stretch. I would have liked a little more wrap-up with all the characters, and after all the trials Shade goes through on her quest, the end seemed a little easy and quick. The book had that "first book" feel to it, so I'm planning on picking up the 2nd and see how much the author has grown in her writing, as I found a lot of potential in the story.
Posted by Unknown at 7:22 AM