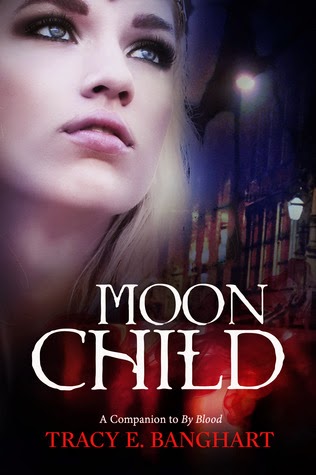 Summary:
Diana Calvert is so over high school. Who cares if Olivia hates her? And David needs to forget about having a crush on her STAT. Even Emma’s crazy fashion choices can’t keep Diana entertained. All she can hope for is a dance scholarship to a college as far away as possible from too-small, too-boring, too-nothing-ever-happens New Freedom, PA.

Then Diana meets Nicholas Woodhaven. He’s pale, angry…yet weirdly charming. The more time they spend together, the more she wonders who – or what – he really is. Because he isn’t anything like the other guys she knows. Not with the whole only-going-out-at-night thing. And living with his creepy aunt. And not going to school.

Just when Diana thinks she’s got Nicholas all figured out, people in her small, nothing-ever-happens town start dying. She has to wonder – can she trust him? And even more alarming – could she be next?

A murder mystery with a paranormal twist, Moon Child is best read under the covers with a flashlight...if you dare!

My thoughts:
Wow, I was blown away by this book. The characters real and very-well drawn, I could picture each and every one of them going through their lives. Emotions were spot on.

Diana is so easy to relate to. Small town girl who wants to get out of dodge before the I's are dotted on the words "eighteenth birthday". Nicholas is charming in his bad-boy mysterious ways, very swoon-worthy for the younger crowd.

Pacing and plotting are terrific. I read this book wondering the whole time who was behind the murders, what was up with Nicholas and crazy-as-a-coot grandmother, wanted to kick one or two people to the curb (especially nosy, over-bearing mamas. Grrr!), and just wanted to keep on reading!

If you think you know the answers to these questions, think again. You won't know until you read it.
Posted by Unknown at 9:04 AM