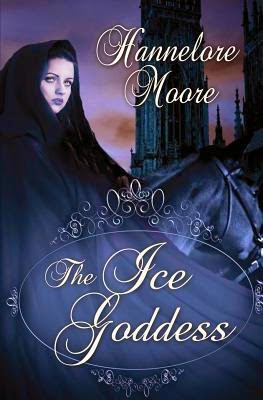 In the bitter winter of 1752, Evangeline Grey is determined to return to London, claim her inheritance, and lead a solitary, uneventful existence. York holds too many sad memories for her now, and she's ready to leave it behind. When she finds out that her guardian has designs on her -- and her pending fortune -- Evangeline manages to escape, but her journey south is fraught with uncertainty and danger. Mourning the murder of her brother, still reeling from her aunt's recent death, and close to penniless until she finds her way back to London, she's never been more alone. And then, on a desolate Northern English moor, she meets a benevolent stranger who changes everything. Kendall Beaumont is a man running from a few demons of his own. On his way to his home in remote Almsborough, he stops to help the pretty, young runaway. The future seems fairly bleak for the both of them -- until he decides to make her an offer she can't refuse...

If there is one word to describe every character in this book, it's 'growth'.

The fate of Evangeline is typical for the time period, where women for the most part are considered property, except for the few lucky ones who meet a man of honor. Evangeline is serious and shy, and like the characters in the book, I found myself taking a while to warm up to her. But that's true in the real world; shy people are considered by the masses aloof, or uncaring, when in reality they're just, well, shy. They find it difficult to talk to people or show their feelings. That's our Evangeline! I did feel for her, and her plight in life, but I loved her spunk and her unwillingness to give up no matter what shit was hitting the proverbial fan.

Kendall is much more likeable as a character (not that I didn't like Evangaline!), but that is the contrast between the two. Kendall, despite his high position in society, is so down to earth that he gets along with all classes. His staff sticks with him even when he's low on money, a testament to his character. And while I do prefer my leading men in romance stories to be a little more in control, there's something about the broken Kendall that I ended enjoying his scenes immensely! He, em, 'grew' on me. :)

So, you're probably wondering how this story could possibly be so long? Well, there's another character, Emmett, whose story runs parallel to Evangeline's. Emmett, quite frankly, is a fop. And while he showed quite a bit of growth, in the end I still found him a tad selfish and immature. I much preferred Kendall. I also feel that this book would have been a great launch to tell Emmett's story in another book.

For me, the plot was solid, and I found no fault in the writing. It has all the elements of a historical romance that those readers are looking for. Highly recommended!
Posted by Unknown at 7:48 AM