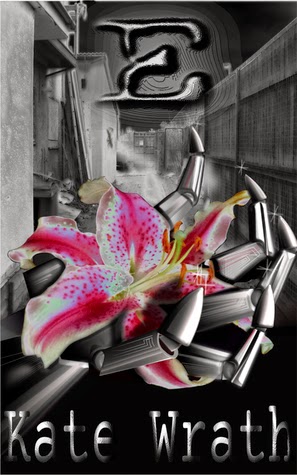 Summary:
A poignant tale of love and friendship in a world beyond hope…

Outpost Three: a huddle of crumbling buildings choked by a concrete wall. Cracked pavement, rusted metal, splintering boards. Huge robotic Sentries police the streets, but the Ten Laws are broken every time one turns its back.

Eden is determined, smart, and a born survivor. Stripped of her memories and dumped on the streets of the Outpost, slavers and starvation are only the beginning of her problems. A devastating conflict is coming that threatens to consume her world and tear her newfound family apart.

Life is harsh. It makes no exceptions. Not even for the innocent.

My Thoughts:
This is a gritty look at a dystopian future. A story full of strife, grief, poverty, politics, and a glimmer of underlying hope. I guess the message here is no matter what happens to you, true love can't be erased.

The author portrays a world that is specific and detailed. She writes with a flair that has you believing the story and rooting/caring for the characters.

I loved every character in this book. From Kate to her newfound family, the bad guys, the good guys, the innocents...it's a page-turner that has you guessing how things will end, what paths the characters will take, and who will be caught in the cross-fire. The plot weaves and bobs through these people's lives with ease, and just when you think things can't get worse...it does.

So why is this only a 4 rating? I had so many questions that weren't fulfilled. What made the world this way? Why can't people travel off the roads? Where do the sentries come from? Who is controlling them? I think if I had more of a sense of the world and what created this environment, this book would have been perfect.

Definite must-read for dystopian lovers!
Posted by Unknown at 7:04 AM No comments:

Book Review: Fade to Black, by Tim McBain and L.T.Vargus 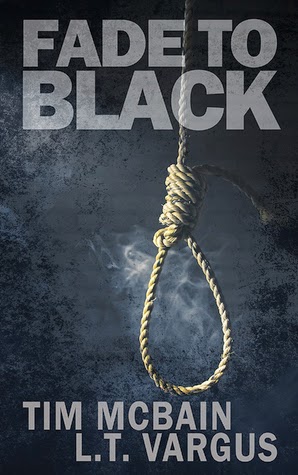 Dying violent deaths over and over again totally blows. Loner Jeff Grobnagger has learned this the hard way. Every time he has a seizure, he dreams that a hooded man strangles and kills him. He runs. He fights. He hides. No matter what he does, his efforts end in a pretty bad case of death.

But when someone tries to kill him in real life, he realizes that what happens with the hooded man isn't just a dream.

Who is the hooded man? And who tried to kill Grobnagger in real life? His quest for answers leads to a missing girl, cults obsessed with astral projection, an arcane puzzle sphere, an evil book, a buxom private detective named Louise and a mustached man named Glenn that makes 'the best martini you've ever tasted.'

Yep. If it weren't for all of the horrific deaths, Jeff Grobnagger would be having the time of his life.


My Thoughts:
OK, I've read McBain/Vargus's books before, and I have to tell you...one of my favorite writing styles *ever*. I was captivated by the voice from page 1. The style has a witty, clever, funny edge to it that completely draws me in. This book did not disappoint in that area.

Now that the gushing is over, let's get on with it, shall we? So you have this dude, Jeff, who's dying over and over again in what appears to be dreams. Or nightmares. I guess if some hooded mystery man is killing you, it ain't no dream. :) But this doesn't happen when Jeff goes to sleep; his world literally fades to black and launches him into this death sequence with increasing frequency.

I liked the characters. I liked Jeff with his self-depreciating humor. He's obviously broken, keeps away from people, wants to be alone, and you find yourself rooting that the guy is going to be fixed somehow. I also liked Glenn, with his nurturing nature and his happy attitude. And apparently the guy's a genius in the kitchen. I'd like to invite him over for dinner!

I liked the plot, which moves forward at an easy pace, and never loses it's witty charm, even when things go black. I think the humor is more evident when things go black, which is a nice contrast. There are mysteries upon mysteries in this little book; lots of suspicious characters and missing daughters and secret groups and oh my, who is Jeff to trust?

You know, read the whole book, and still can't answer that question. As the first book in a series, I guess we'll get answers in future books.

Which brings me to my only complaint. The book ends with more questions than it started with. To me, I like to have some closure when I read a book. Even books in a series should have some amount of closure at the end...the book should have a beginning, middle and end and I felt this one really only had a beginning and a middle. Yes, some questions were answered at the end, but not the bigger issues. Throw a girl a bone here! I don't mind cliff-hangers in series; that's the draw to get you to read the next book, and to me this ending was a cliff-jumper!

However, that doesn't detract from my over-all enjoyment of this story, characters and writing, and I will read on when the next books are released. A definite recommend for paranormal and urban fantasy fans!
Posted by Unknown at 6:46 AM No comments:

Book Review: The Prophecy of Arcadia, by M.H. Soars

The Prophecy of Arcadia
M.H. Soars 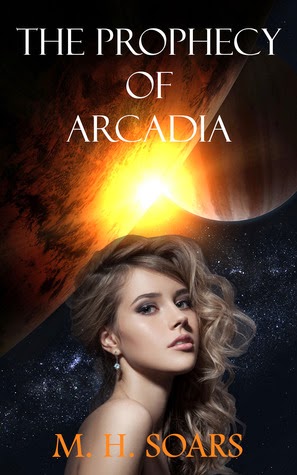 Summary:
Being a teenager is tough, especially when you have to pretend to be something you’re not, and you’re in love with someone you shouldn’t. 115 years ago, a small planet called Arcadia was invaded by a vicious alien race and nearly destroyed. Cut off from their resources, the Arcadians turned to Earth for help. A group of Arcadian explorers discovered a Prophecy that claimed their salvation lay in the hands of two children from Earth. To ensure their safety, the Arcadian Council sent their most gifted youngsters to Earth to act as protectors. Samantha is one of them.

To succeed in her mission she must learn to control her Arcadian powers and keep her true identity from her best friend, and the girl she swore to protect, Alexia. But Samantha will soon realize that nothing is as it seems. Someone is trying to prevent the Prophecy from taking place and the prophecy boy hasn't been found yet. There is also a new drug circulating at school that is turning students into freakishly strong menaces.

To make matters worse, distractions keep getting in her way. Such as her love/hate relationship with her “cousin” Matthew. Or her confused feelings toward popular and mysterious Julian. She wants nothing more than to be free to live her life. But the survival of Arcadia depends on her and her friends. Free will is not an option.

My Thoughts:
This is definitely a YA read with all the angst and drama attached to it. What is simply great about this, though, is that the author so effectively captured the emotions rioting through the characters. It has a very real feel to it, even though there are aliens jazzing up the drama-works. Basically, these guys are going through alien puberty, trying to manage their developing powers while dealing with raging hormones. Fun stuff. heh heh

Told in 3 POVs,which I adored, you get an in-depth view to what is driving the characters. It's funny, because the summary focuses mainly on Samantha, and I would have said that Alexia is the main character in this story.

The POVs are from Alexia, Samantha, and Matt. But there are other "cousins" in this ensemble cast that simply can't be ignored. I'm almost hoping to see some other POVs in future books, cuz I would most definitely want to get into the heads of some of them.

Some of the plot twists were evident, but I don't think red herrings were the author's intent. Some of the characters you really didn't know whether they turn out friend or foe. The author draws mysterious characters with such finesse, you kinda want to get in the story and break the code yourself. If you're drawn to those bad-boy types. Which I am.

So, what brings the rating down a 1/2 star, is some plot points that didn't make sense. Maybe it was addressed in the story and I missed it, but for one, if these 'cousins' are supposed to be protecting Alexia,why did they send Alexia to live so far away from all of the cousins? Since she only lived with her cousins during the summer, who was protecting her when they were separated during the school year? Why did Mel take so long in Arcadia for training when others only went for a few days, and why was she so angry when she returned?

Maybe these are minor complaints, but I think are worth mentioning. Really, those are not enough to ever stop reading the series, or to stop me from recommending this book (which I have)!
Posted by Unknown at 9:38 AM No comments: