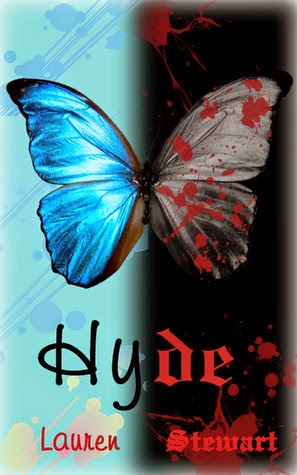 Summary:
This novel is intended for adults only. It includes lots of cursing, descriptive sex, biting sarcasm, and dark themes.

Honesty is impossible when you don't know the truth to begin with.

Mitchell Turner is everything women want most in a man--he's charismatic, successful, and undeniably gorgeous. But he's not a man--he's a monster. By venting his rage 24/7, Mitch keeps people out of the danger zone that surrounds him. But, after the most incredible night of his life, he realizes that might not be possible. Except the woman he wakes up with claims she doesn't remember any of it. And that kind of thing can make a guy insecure.

Eden Colfax is kind, loyal, honest to a fault, and cavity-inducing sweet. To rid herself of the monsters that haunted her broken childhood, Eden doesn't lie, doesn't curse, and definitely never wakes up naked in strangers' beds...until the day she does. Then the flashbacks start--places she's never been, people she's never met, blood she's never spilled. And the only person with any answers is a man she never wants to see again.

What they don't know is that someone is manipulating them, determined to find out exactly what they're capable of. And when the truth leaves them nothing to hold onto, they will be forced into a partnership neither expected. Or wanted.

But in life, who you trust is as important as who you are. And when you can't even trust yourself, sometimes the only person you can rely on is the last person on earth you should be falling for.

My Thoughts:
OK, first I really dug this concept of Jekyll and Hyde in the modern world. From the very first chapter, I loved the writing style, and I loved the characters. It was impossibly sexy and funny at the same time, and I was hooked.

There's mystery and suspense woven in with this incredibly sexy story. You can't help but root for Mitchell, he's so alarmingly bad but in a good way, that you pretty much want to take him to bed. :)

While Eden is, as the author says, cavity-inducing sweet, I don't want to kill her (which I normally would, because really, no one's *that* good, and if they are, well, they're boring). I think it's because of this darker side that comes out that has me rooting for her.

Damn, but you root for them both! You want to strangle a few other characters in the novel, and I was pretty glad to see one particular bitch bite it in the end.

The ending has you craving more. Read on!
Posted by Unknown at 7:41 AM