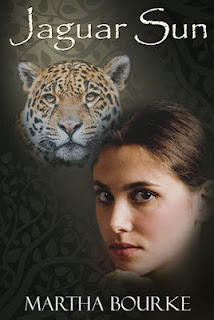 DECEMBER 21, 2012 Will that fateful day destroy our world, or did the Mayans have something else in mind?

Maya Delaney is just an average sixteen-year-old. She’s busy dealing with exams, her soon to be ex-boyfriend and fitting in.

But Maya’s got bigger problems. She’s hiding a major secret from her dad and having strange visions she can’t control.

In her struggle to figure out who she is, she learns that she is meant to fulfill an ancient Mayan Prophesy and bring forth a New Age on earth.

Will the spirit magic Maya wields be enough to defeat Toltec, an evil society bent on keeping her from her destiny?

Or will that destiny destroy her.

First, this is a different cover than my version of the novel. I like this one much better.

I really latched on to the premise of this story; the whole issue of the Mayan calendar ending in December, 2012, is fraught with mystery, trepidation, and awe. I was eager to pick up a book that depicts one version of how the mystery is solved.

Maya is a like-able character who handles the changes she's going through marvelously well. She has good friends who stand by her, and a boyfriend who's not so like-able in the beginning but grows on you as he grows himself.

It wasn't really what I was expecting, I guess, and I don't want to say what kind of changes Maya goes through without revealing anything, but it's not usually the type of book I would pick up. With that being said, I did like the way this author approached those changes, and it actually didn't bother me all that much. There is also variety in this aspect, which again was unique...at least to me.

The book was both slow and fast; the story moved slowly, but the timeline and events moved very quickly. If that makes any sense. Let me try to explain myself. The story takes a long time to get started and the plot itself moves slow, yet doesn't take enough time on significant events and seems to rush from one event to the next...there were certain things I would have liked have seen fleshed out. This is especially notable in the first half of the book; the second half of the book seems a bit better paced.

There was much ado with the character (author) injecting little witty (sometimes) paranthetical thoughts while the story is moving. As the story gains speed, these parantheticals take a short hiatus, but then return at the end. They're okay if used occasionally and do inject some humorous thoughts from the character...but the over-use was over-done.

The author kept telling you when something was going to happen, rather than let the story play out. "That's when I saw it." "And it only got worse from there." And things were always happening suddenly. "Suddenly, all I could think about..." "Suddenly, I realized..." "Suddenly, I felt a wave of nausea..." It occurred often enough for me to take note of it.

Some of the concepts of the story are not fleshed out to my satisfaction. I can't go into too much detail without giving away parts of the story, but the changes Maya goes through seem to merge and blend bits of spiritual (?) and physical aspects (and the only way I can question this is: really, where do the clothes go and how do they magically re-appear?)... it made no sense to me. The ending, too, seemed anti-climatic. I'm not sure *what* Maya did means for the future of the world and humanity, because we don't really know what would have happened if Maya had been stopped from her mission. Her power seemed to be diluted from what we're lead to expect throughout the story. I guess I was expecting more, I don't know, BAM! And to that end, we don't know what it means for the future world and humanity now that Maya *did* complete her mission. It's vaguely referred to, but the whole conceptual future world is not mapped out in this book. It's hard to root for the character and her mission when you don't know what the consequences will be if she fails; not knowing removes the sense of urgency. What I got out of it was that life would go on as we know it (except I don't know where the bad players fit in); you can't get any more anti-climatic than that. Maybe we find out in the sequel, perhaps.

The series may have potential if some of these things are addressed.
Posted by Unknown at 7:52 PM

Thanks so much for taking the time to read and review Jaguar Sun. I appreciate it!