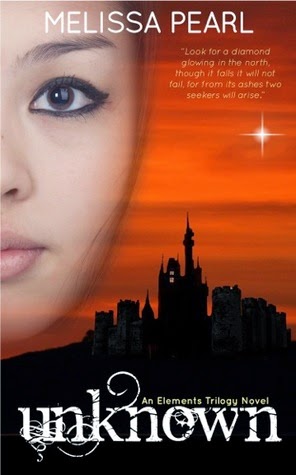 Summary:
Darkness is covering the land. As the city of Mezrah grows with power and greed, the rest of the world can only stand by and wait for their inevitable destruction. The only hope against this growing power is an ancient prophecy that people have stopped believing in.

Then a star begins to fall.

Princess Kyla of Taramon stopped believing in the power of light the day her father died. Trapped in a city she does not care for, under the watchful glare of her mother, the queen, she struggles to accept her fate.

Then a star begins to fall.

Jethro has loved Kyla for as long as he can remember. Learning that she was to marry his cousin drove a wedge between him and the feisty princess. Watching her from a distance is a torture he is unable to free himself from.

Then a star begins to fall, sparking an ember of hope and sending two seekers on a treacherous journey into the unknown.

My Thoughts:
This was a solid story with solid characters and motivations. Kyla is definitely scarred, and Jethro is the poor sod who pines after her from a distance, since Kyla has been engaged to his cousin.

So in this story the players have to fulfill the prophecy to save world from utter darkness, and in this prophecy they have to find the 4 elements. The interesting twist is *how* those elements are portrayed, but I won't give that secret away until you read it.

Kyla is strong and feisty, while her mother is suffocating, which makes her blind to what's going on in the kingdom. The bad guys are deliciously bad, and a character I thought for sure was good turned out to be naughty indeed. It's a great twist and setting up the characters for a huge betrayal.

The plot unwound like a chess game, with the players moving across the board like pawns. It was very well done.

I'm not sure of Kyla's feelings toward her fiance, whether she really loves him or just thinks she loves him because he's going to be her husband. For a such a strong character, this aspect seemed a little weak to me. I would think Kyla would know her own mind alot better. And as for Jethro? The girl has to be utterly blind to not see how he feels. But then again, she's only 16 so she could just be naive. Or maybe she's so comfortable in her role as 'friend' it would never occur to her that he feels anything differently.

Overall, really enjoyed this one. A great fantasy read.
Posted by Unknown at 7:09 AM