Welcome to the hot seat!

Sitting in the hot seat today is author L.S. Murphy.

I'm excited to read this upcoming novel, and loved learning a little more about the author.

About Reaper (taken from Goodreads):
There's no way sixteen year old Quincy Amarante will become the fifth grim reaper. None. Not over her shiny blue Mustang. Her Jimmy Choos. Or her dead body. She’s supposed to enjoy her sophomore year, not learn about some freaky future Destiny says she has no choice but to fulfill. It doesn’t take long for Quincy to realize the only way out of the game is to play along especially since Death can find her anyway, anywhere, anytime. And does.

Like when she’s reassuring her friends she wants nothing to do with former best friend Ben Moorland, who’s returned from god-knows-where, and fails. Miserably. Instead of maintaining her coveted popularity status, Quincy’s goes down like the Titanic. Maybe ... just maybe ... that’s okay.

It seems, perhaps, becoming a grim reaper isn’t just about the dead but more about a much needed shift in Quincy’s priorities—from who she thinks she wants to be to who she really is.
*****

Looks good, right? I think so. Now, on to learn more behind the scenes with L.S. Murphy.


Dale: Tell us a little about Quincy.

Murphy: Quincy loves her life. She’s popular, pretty, and everyone wants to be her friend.

Dale: OK, now tell us something about Quincy that we *don't* know...something that's not in the book.

Murphy: Quincy had to wear glasses as a toddler because she had a lazy eye. God forbid she wears them now!

Dale: Where do you get your inspiration to write?

Dale: What's the first book you read that made you catch your breath?

Murphy: It wasn’t a book actually. The first thing I read that made me stop and think was “Harrison Beregeron” by Kurt Vonnegut in eighth grade. It’s a beautiful story that will tear your heart out and stomp on it before putting it back inside. Love, love, love it. The first book was Slaughterhouse Five also by Kurt Vonnegut. I can’t pinpoint exactly what it was about that book that changed me, but it did. I finished it feeling like the world was so much more than what I knew. The first YA book, because this was the real turning point in my life, was Rats Saw God by Rob Thomas. After I read that, I knew that I was going to write YA.

Murphy: Shapeshifter. Then I could be anything and everything I wanted.

Murphy: Oh, I’d totally be a cat. My cats are spoiled rotten.

a. What would the theme song be? Leave Out All the Rest by Linkin Park
b. Who would play Quincy? Tough one… Amanda Seyfried if she was younger or Meaghan Jette Martin. 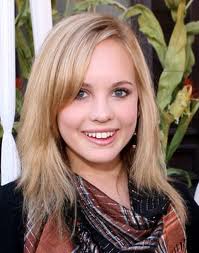 c. Who would play Ben? Well, he’s not an actor, but Billie Jo Armstrong from Green Day. Of course he’s way too old too. J Ethan Peck would be a great Ben. 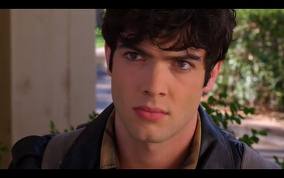 Dale: When you write, are you a plotter or a pantser?

Murphy: I’m becoming more of a plotter these days. Reaper was outlined, but I didn’t stick to it at all. I like knowing where I’m going. If the characters take me somewhere else, then so be it.

Dale: Where is your favorite place to write?

Murphy: I can write just about anywhere, which annoys my husband. He built me an office in our basement and I’m spending more time there now.

a. Beach or mountains? Mountains
b. Summer or winter? Winter. I love snow and cold.
c. White or dark chocolate? Neither. I'm a vanilla kinda gal.
d. Coffee or tea? Coffee and LOTS of it
e. Favorite TV show? Psych is the best show on TV. James Roday and Dule Hill deserve Emmys.
f. Favorite color? Depends on the day. Today would be red. Yesterday was black.
g. Favorite food? Tomato soup
h. Cats or dogs? I have 3 cats and 1 dog, so that’s not a question I can really answer. J
i. What was the last thing you ate? Sandwich from Chick-fil-A
j. Morning person or night owl? I’m a morning person. I get up around 4am-430am during the week. On the weekends, sleeping in would be 7am.

Thanks L.S. Murphy for taking the hot seat today. I've enjoyed visiting with you, and remember little pretties, the Reaper is coming soon! Mark your calendars for January 2013.

More information about L.S. Murphy, and where you can stalk her:
Bio: L.S. Murphy lives in the Greater St. Louis area where she watches Cardinals baseball, reads every book she can find, and weaves tales for teens and adults. When not doing all of the above, she tends to The Bean (aka her daughter), her husband and a  menagerie of pets. Her debut novel, Reaper, will be released in January 2013 through J. Taylor Publishing.
She is a member of Society of Children’s Book Writers and Illustrators (SCBWI) and the
St. Louis Writer’s Guild.
Repped by Julia A. Weber of  J. A. Weber Literaturagentur.
Links:
Blog: http://lsmurphy.com/
Twitter: https://twitter.com/LSMurphy
Facebook: http://www.facebook.com/LSMurphyAuthor
Goodreads: http://www.goodreads.com/author/show/5046440.L_S_Murphy
http://www.jtaylorpublishing.com/

I can't wait to read this one! Everything, from the cover to the summary sounds so awesome!! :D :D