I have author Pura Preis in the hot seat today! Pura is the author of the very cool YA Wanted Nightmare series: Battle for Love; Blood of the Immortal Vampire; and A Fragmented Immortal Soul.

About Wanted Nightmares: Battle for Love:


Amaya once believed her life was perfect. She had everything she ever wanted; a secure home, a loving, yet overprotective family, and her beloved Thomas. Soon the ideal life shatters when her father, Vincent, takes away the only person who ever truly mattered in her life. Her father’s actions create a crushing force of emotional and mental turmoil for Amaya, as she suddenly finds herself staring at a future without the man she loves.

In her pain, Amaya flees the confines of her life to another land with only one possible solution in her mind. But as death falls upon her, fate steps in for a purpose, and sets off a series of events that send Amaya’s life careening on a new, dangerous course. Gone are the carefree days, as she soon learns that her life is on the line from the people she once held dearest to her heart.

Thomas needs Amaya as much as she needs him. Driven by his desire he turned to Amaya’s father for help, knowing that by doing so it would change the course of his existence and, most of all, crush the bond of ‘forever’ that he wanted desperately with the girl he loved. What Thomas doesn’t know is how much his strength is needed in order to protect Amaya from the pure evil that lurks around every corner just waiting to destroy her.

As unexplained events begin to unfold, questions arise that scare Amaya to her very core. Was the love of her family keeping her safe, or was there a truly sinister reason for her survival all this time? Battle for Love, the first in a thrilling series, is a story of love, devotion and how, in the depths of despair, one can find the truth if they’re willing to pay the ultimate price.

Followers of YA fiction, such as: Twilight, House of Night, and Vampire Academy will become engrossed in this story about love, life and the fight to see ‘forever’ survive. Shocked at an ending that leaves everyone stunned, Battle for Love is an amazing tale of life, death and the true pain and desire that a soulmate brings.

Are you interested yet? I am! So let's move on to the hot seat for more scoop on Pura.

Dale: Tell us a little about Amaya.
Pura: Amaya is a reflection of my daughter, who has isolated herself from the world. Amaya is a girl that has been isolated for reason. She wants to experience life, much like my own daughter. Amaya is held back by her father, as the same as my daughter. Amaya fights for freedom from her life, again as my daughter from a rule that should never be. Amaya is a spirited girl that has had enough of the rule and fights back, her drama is intense but it is the only way that she knows how to show her feelings. As she fights for her life she learns of the lies and secrets and has to learn to get what you want you have to fight for it.

Dale: OK, now tell us something about Amaya that we *don't* know...something that's not in the book.
Pura: She is less fiction than what people know.

Dale: Where do you get your inspiration to write?
Pura: My children are a major source, but it could be an action, a word,  or thought. Many nights I wake up with a scene and have to write it so I don't forget it. Wanted started with a thought.

Dale: What's the first book you read that made you catch your breath?
Pura:  Rapture Rainbow, a historical romance. I still have the book.

Dale: If you had a super-power, what would it be?
Pura: To skip typing and have a machine that could catch my thoughts and emotions.

Dale: If you were an animal, what would it be...and why?
Pura: I have always loved the big cats. I love to pounce on thoughts so why not prey.

Dale: If your book was to become a movie...
Pura: It would be on my top best moment in my life. I have it planned on who I would take to my premiere. I would take my daughter around the world so she could see the world and experience it.

What would the theme song be?
Pura: Sweet Dreams by Beyonce, but I would find a way to have Def Leppard in there. 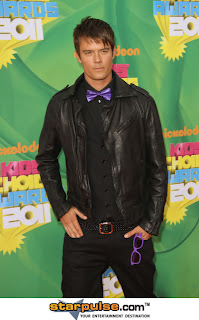 Dale: When you write, are you a plotter or a pantser?
Pura: 95% pantser, until I edit, than I have to think about the plot

Dale: When did you first realize that you wanted to become a writer?
Pura: A very long age. My mother moved so much I decided there was no use in making friends so I created mine I could take with me.

Dale: Do you listen to music when you write? If so, what music do you listen to?
Pura:  Not always, but when I do, it's all about Def  Leppard. But I love listening to rock music, 80's rock, got to love the hair bands. If it has a good beat, I love it.

Dale: Is there a little of yourself in any of your characters? If so, who?
Pura:  I try to not put myself in them the books, but I can't help putting things in each character.

Dale: How did you come up with the idea of the Wanted Nightmares series?
Pura:  My family is totally oxymoron. Everything has a twist. My daughter is dramatic but she wants the full teenager life, one day I told her you want this nightmare, the title was born.

Dale: What process do you use to create your worlds?
Pura: I like to lay in bed and visual, or sit somewhere alone.

Cats or dogs?
Pura: Dog, but I have two cats, mama and babies

(Dale: That answer cracks me up.)

What was the last thing you ate?
Pura: Ham and swiss hot sandwich

Thank you Pura for your visit in the hot seat. If you want more information on Wanted Nightmares: Battle for Love, all the deets are right here.
http://www.amazon.com/Wanted-Nightmares-Battle-Love-ebook/dp/B008AQ5EMU/

Hey Dale! Thanks for the Hot Seat Interview. It looks awesome!