In the Hot Seat! Eric Edstrom

Hey Pretties! I have author Eric Edstrom in the hot seat this week! Eric is the author of the awesome Undermountain Saga series, Undermountain and Afterlife.

From Goodreads:
Two teens from from different worlds . . .
Danny Michaelson, sixteen, just wants is a little time away from his troubled home in Nashville. So when he joins a group of teens in the Canadian Rocky Mountains for a ten day hiking excursion, he's primed for adventure.

Breyona Lewis, sixteen, is a beautiful rich girl from Chicago. Outwardly cheerful, she conceals a dark secret. One she tries to deny even to herself.

Have the encounter of a lifetime . . .
Six days into the hike, Danny and Breyona encounter a creature of legend--an eight foot tall beast they tag as "bigfoot." But it's not a missing link, not a mere animal. And it does not want humans knowing its secrets.

Because there are thousands of them here on Earth living in a hidden city deep beneath the mountains. Waiting for the day humans are "ready."

And learn the limits of friendship, love, and loyalty . . .
Separated from each other and told they may never return home, Danny, Breyona, and the others race to escape. To survive.

In a struggle to survive amidst a galactic war.
One is made more than human, one is made less.
One must fight, one must surrender.

Both must face the truth of who they are.

Sounds pretty good, right? So on to the hot seat!

Dale: Tell us a little about Danny and Breyona and their adventures.

Eric: Danny is from Nashville, TN. He’s almost 16 when the story starts. He loves sports, video games, girls, music. But what he doesn’t like is his mother’s boyfriend, Vincent. So, on the summer vacation after Danny’s freshman year, he enrolled in a hiking expedition in the Canadian Rockies. That’s where Undermountain picks up. But two things irritate him about the trip. For one, Vincent paid for the whole thing, and two, Danny’s older sister, Em, went with him.

Breyona comes from an affluent family in Chicago. She’s cheerful, beautiful, and caring. But something very dark happened to her at her school, something she’s trying to put behind her and forget all about. She decides to go on the expedition in Canada to get some distance between her and her past. She has no idea how bad things are going to get!

Dale: OK, now tell us something about Danny and Breyona that we *don't* know...something that's not in the book.

Eric: Danny is extremely intelligent, but he isn’t a particularly good student. He doesn’t see the point of most of his classes.

Breyona owns a horse and is an accomplished dressage rider.

Dale: Where did you get your inspiration for the The Undermountain Saga?

Eric: It started as a small idea. A really silly idea. For no particular reason, I started thinking about the legend of Bigfoot. This was before the current “Finding Bigfoot” TV show. Anyway, I decided that if bigfeet exist did, they’re probably more technologically advanced than humans. That explains why they’re so hard to find. That lead to my conceiving of the high-tech bigfoot city of Undermountain hidden deep under the mountains. The story developed out of that.

Dale: What's the first book you read that made you catch your breath?

Eric: An obscure kids book from the 1941 called The White Panther, by Theodore Waldeck. It was written from the POV of a panther, and it followed his adventures as he grew from an orphaned cub to a full grown jungle cat. It was funny and exciting (for a ten-year old). It’s what got me into reading. It took me weeks to finish a hundred page book, but I did it. I’ve been an avid reader ever since. More recently, I was moved to tears by A Thousand Splendid Suns by Khaled Hosseini.

Eric: Instant Teleportation. I’d go everywhere. Heck, with that power, I could live in other people’s vacation homes and they’d never know!

Eric: A little baby fox. Because everyone who saw me would say, “Awwwwwuhh!”

Dale: If your book was to become a movie...
a. What would the theme song be?
“Stronger” by Kelly Clarkson

b. Who would play Danny? How about Brett Davern. He plays Jake on Awkward.

c. Who would play Breyona?
Someone on goodreads suggested Keke Palmer. I think she’d be great. 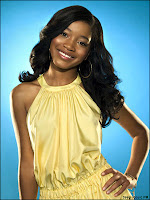 Dale: When you write, are you a plotter or a pantser?

Eric: I am a plotter, plotter, plotter. I would never finish anything if I didn’t have an outline. I wouldn’t even want to write if I didn’t know where I was headed. I like to get a first draft done quickly so I have something to work with. The real fun happens during the second draft.

Dale: Where is your favorite place to write?

Eric: I can write anywhere, but I prefer my studio, which is quiet and has all my guitars in there to distract me. I also like to work in noisy public places, like airplanes and coffee shops. I don’t know why.

Eric: I listen to instrumental stuff while writing. Mostly soundtracks. My favorite is “The Last Samurai.” Hans Zimmer knows how to score a film! When I’m revising, I allow singing in my music. I have a Spotify playlist called “Epic Metal.” It has bands like Within Temptation and We Are The Fallen. Girl singers with big, loud guitars.

Dale:  Is there a little of yourself in any of your characters? If so, who?

Eric: There is a little of me in all of them. My humor is in Wa, my cheerfulness is in Breyona, my intellectual curiosity is in Shiv, my crotchety side comes out in Harvin, my risk aversion is in Em, my feeling of being in over my head is in Danny. Bronson is my selfishness.

Dale: If you could be any character, from any book, who would it be? Why?

Eric: Mr. Darcy from Pride and Prejudice. And I’d go swimming in the pond every day.

Dale: What do you do to relax?

Eric: I like to watch Mad Men or something on Netflix with my wife.

a. Beach or mountains?

Eric: That’s a hard one . . . I don’t actually like being on a beach that much, but I like being in places where a beach is nearby. I’m going to go with mountains, but only in the summer.

b. Summer or winter?

Eric: Summer is the only correct answer. I live in Wisconsin, so if I never saw snow again, I wouldn’t miss it.

Eric: Dogs. I’m too narcissistic to abide cats, although my wife has one living in our house.

i. What was the last thing you ate?

Eric: A dish of mixed nuts and chocolate chips.

Thanks so much Eric for jumping into the hot seat today! I enjoyed learning more about your books and yourself.

Thanks for having me on your blog! It was fun. And I'm glad you agree that mixed nuts with chocolate chips is a yummy snack!