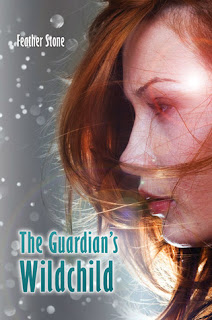 Summary:
Sidney Davenport is known as Wildchild to her Guardian mentor, Greystone. She rebels against rules. Wildchild is gifted in the paranormal, but carefully conceals her powers from the world. Even in the crises that threaten her life, she refuses to use her powers of telepathy, telekinesis, space/time travel. If her enemies discovered the truth of who she is, her Guardian people would be destroyed. She calls upon her spirit guides, Seamus and Celeste, to guide her through a mine field of the insane - Madame and Captain Butchart.

Sidney leaves her home on Hawk's Island to help the underground stop two people who are about to cause worldwide madness. Unskilled in esponage, she is arrested and sentanced to death. But, God help Sidney, she can't deny her attraction to the man who has orders to perform her execution - the tall, dark eyed Captain Waterhouse. He's meticulous, disciplined and lives by the strict rules expected of an officer of the American navy.

Captain Waterhouse is about to scrap his higher morals to bust out of his hell. When a female prisoner is delivered to his ship, he has no idea she is capable of turning his disciplined life into a storm of unimaginable experiences. His prisoner's enemies, he discovers, are also the ones who hold his life in the palm of their hands.

Through stunning imagery, an intricate and adventurous plot, and a strong cast of characters, Feather Stone gives readers a fast paced story woven with murder and magic.

My Thoughts:
OK, so this really did start off slow. I was intrigued by the description and thought it was a unique paranormal read, so was excited in picking it up.

There's a lot of intrigue, with military muckety-mucks who have personal agendas, blackmail, and of course the Guardians throw in that supernatural twist.

As far as the characters, I didn't care for Sidney all that much, to be honest. She's supposed to be carefree and wild, but to me her character was serious and philosophical. And when she giggles or whatever (she does a lot of giggling, which screams immature to me, not wild) it seems out of character for her. She is a good girl, always doing things for the higher good as is the Guardian way, so this whole description of being a wild child didn't ring true.

Loved Sam, however. He's a great tortured soul, and I loved watching  his development over the course of the story.

The plot was for the most part well-crafted, with a lot of moving pieces and players, but it did leave some confusion in parts, and a number of loose ends, in my opinion, at the end.

Oh, and the ending is quite good for me, one of those twisty ones where the story doesn't necessarily evolve the way you think it will.