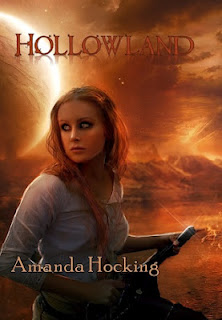 The quarantine Remy is staying in is being over-run by zombies. When she tries to find her 8 year old 'sick' brother, she finds he's been evacuated from the medical facility to another quarantine. Remy strikes out on her own, tailed by a couple of friends, to find her brother. It's extremely important to Remy that she find her brother, since she promised to protect him after their parents died.

This book is full of energy and excitement and action. The characters are portrayed well, the plot runs along without any hitches, and the setting is well-drawn and easy to imagine.

Remy is a strong character; she knows what she wants to and she doesn't get all squeamish when she has to do some of the things she does. She wants to be tougher than she really is deep inside, and despite not wanting to make friends and allies...she does. And, she's funny, with many a witty remark that I found quite clever.

The one weakness I found in the book was that there was no chemistry between Remy and the love interest (I'm not saying who it is, because I didn't figure it out right away). And maybe that's the problem; it was hard to figure out who the love interest was initially because of the lack of chemistry.

Despite that, I thought it was a good read, and plan to keep reading the series.
Posted by Unknown at 5:52 PM